Religion Amid a Crisis 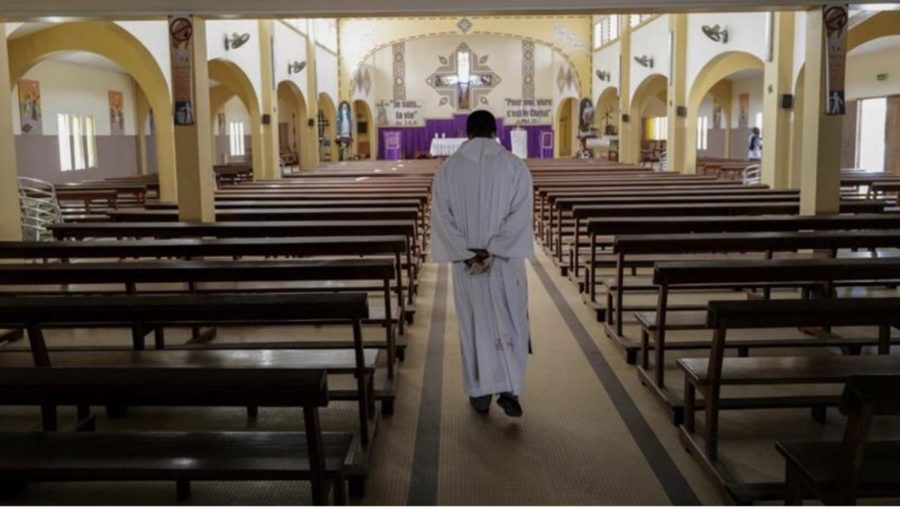 The Coronavirus crisis is affecting religion worldwide, with many Muslim, Christian, and Jewish services and prayers going online. Although many Churches, Mosques, Synagogues, and other houses of worship are adapting in order to keep their communities safe from coroavirus, such as how Pope Francis live-streamed Easter mass, others are continuing religious services, either claiming that continuing services is a constitutional right or saying that religious services are essential.

According to ABC, those those who are continuing religious services in America are either in direct defiance of executive orders, an action that one pastor has even been arrested for in Tampa Florida, who was arrested for violating a safer-at-home order and held two Sunday services with hundreds of people. Churches that are continuing religious services might also be in areas where governors have carved out special religious exemptions, which has happened in several states, including Florida, or in states that have yet to crack down on social gatherings. At the same time, many religious services are being held online, where the faithful observed Good Friday and Easter Sunday from the safety of their homes and helped flatten the curve of the virus, as seen with the Archbishop of Canterbury Justin Welby, who delivered his traditional Easter sermon by video in the UK.

The Reverend John Greiner said the Glorious Way Church in Houston, Texas initially moved services online after the county limited large gatherings, but his congregation will hold in-person services on Easter, since “We can’t do what God called us to do on live-stream.” Although he will still hold services, Greiner has taken the precautions of installing hand washing stations within the Church, rearranging the seats to fit less people, with at least 6 feet apart from each other, and holding two abbreviated masses.

American public health officials warn that large gatherings could be a major setback and advise that everyone should self-quarantine to help “stop or slow down the spread of disease, allowing the health care system to more readily care for patients over time,” according to Lisa Maragakis, senior director of infection prevention at Johns Hopkins. If everyone continues going outside and gathering in large groups, such as a congregation in church, the virus will spread and overwhelm the already exhausted health care system.

Along with live-streaming masses, Churches are also getting creative, with some Churches hosting services drive-in movie theater style.