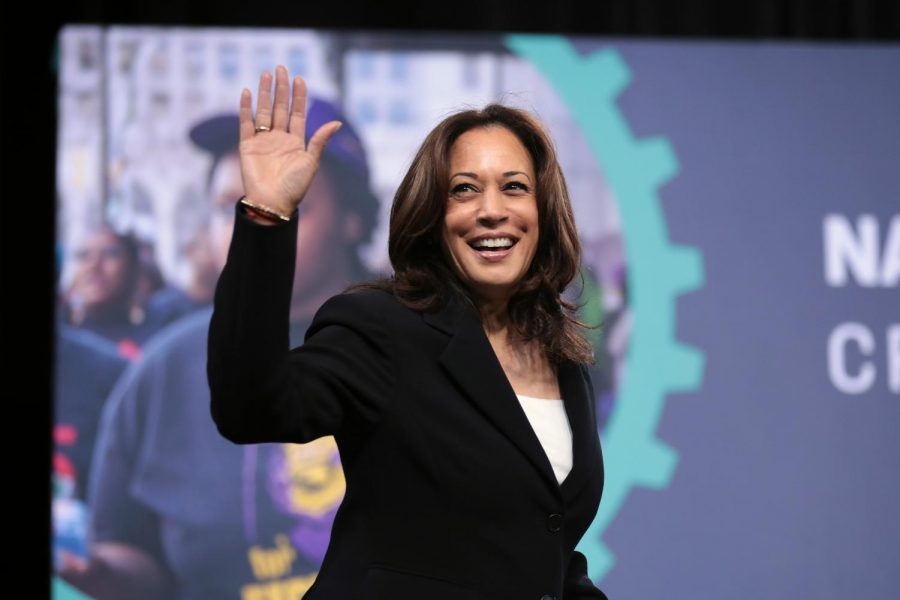 Senator Kamala Harris waving at the audience of the 2019 National Forum on Wages and Working People in Las Vegas, Nevada.

On September 7th, Senator Kamala Harris traveled to Kenosha, Wisconsin during her first campaign trip as a vice-presidential candidate. While there, she met privately with the family of Jacob Blake. Harris’s message to Blake’s family was “to express concern for their well-being, and of course for their brother and their son’s well-being. And to let them know that they have support.”

Jacob Blake is currently in intensive care after a police brutality incident on April 3, 2020, in which he was shot seven times in the back, which left him paralyzed from the waist down. Blake is now exploring the idea of using a wheelchair. In a statement following the meeting, the Blake’s attorney, Benjamin Crump, stated, “Sen. Harris had an inspirational and uplifting one-hour visit with Jacob Blake, Jr. and his family today. She spoke individually with each family member about how they were handling the trauma and urged them to take care of their physical and mental health.” presidential candidate and running partner to Harris, Joe Biden also met with the family. President Donald Trump refused a meeting after the family asked for a lawyer to be present.

Harris later met with Black business owners in Milwaukee and discussed her and Biden’s racial equity plans. She later toured an International Brotherhood of Electrical Workers training facility and spoke with labor leaders there. Afterward, 30-40 Biden and Harris supporters stood outside of the training facility, waving and cheering. As Harris’ motorcade passed by, she briefly spoke to some supporters, urging them to vote early.