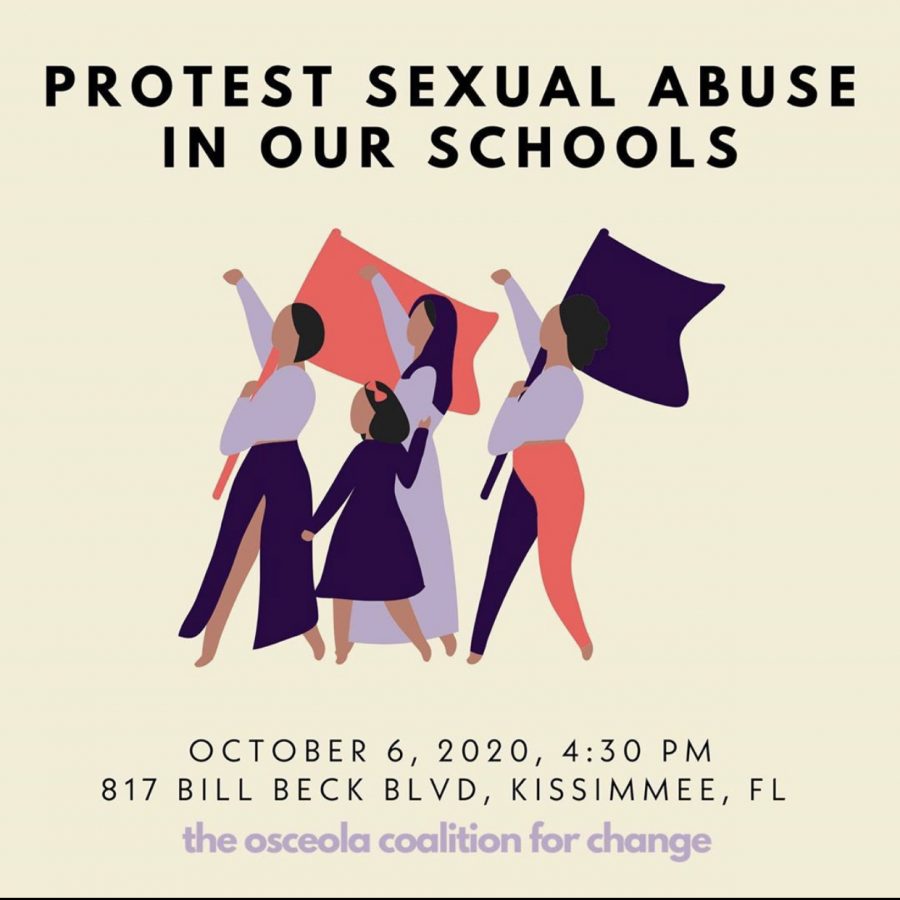 The Osceola Coalition for Change

An illustration of 4 women waving flags and protesting.

The Osceola Coalition for Change, a group of current and former students of the Osceola County School for the Arts, is organizing a protest at the bi-monthly Osceola County School Board meeting on Tuesday, October 6th at 4:30pm. They plan to protest before the meeting, talk during the meeting, and demonstrate afterward. The Coalition is insisting the Board meet with them to discuss their list of demands. During the protest water, hand sanitizer, and masks are being provided. Social distancing and masks are also being strictly enforced.

After 100 Osceola County students spoke out about the sexual harassment and assault they experienced by peers last June, the school’s hashtag, #aroundocsa, was used by many victims to share their stories.

Out of this first surge of allegations, The Osceola Coalition for Change emerged as a Twitter account which was used to further inform about the issue. In August they created an Instagram account in which they put out a list of urgent demands for the Osceola County School Board. The demands include: Creating a new reporting system for sexual misconduct, having resources available on campus for survivors, holding school-wide assemblies on sexual health and topics like consent, requiring proper sensitivity training for all faculty and staff, appointing a Title IX Coordinator for each sub-district in Osceola County, and including information about consent and coercion in sexual education.

After the District did not publicly comment, The Coalition planned their next steps, which came as a petition and a peaceful protest. During the protest they plan to have victims, alumni of Osceola schools, and concerned citizens  voice their wishes to make positive change in the county.

In a statement about their goals, The Osceola Coalition for Change said “We are protesting to ensure that these demands are taken into account and in order to finally get a meeting with the district officials who have the power to fix the glaring issues in our schools. Our students deserve to be safe from sexual violence, even if they are taking their classes online.”

At the time of publication, OCSA officials did not respond for comment on the matter.