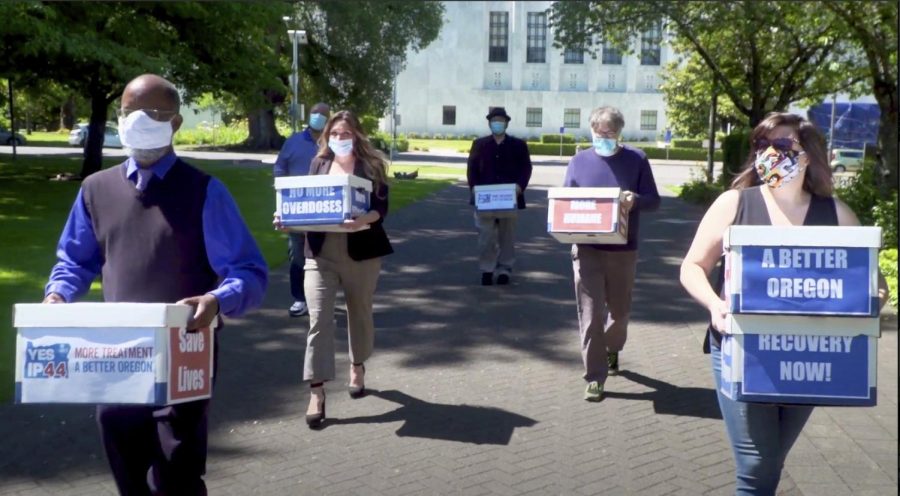 On Tuesday, Oregon made history as the first state to decriminalize the possession of small amounts of hard drugs, including cocaine, heroine, LSD, methamphetamines, and Oxycodone. In a 59 per cent majority vote, this historical measure named the “Drug Addiction Treatment and Recovery Act” will transition Oregon’s drug policy from a criminal approach to a more rehabilitative approach. The measure will take effect on February 1, 2020.

Measure 110 will reduce drug misdemeanor charges to noncriminal offenses. Instead of going to trial and possibly facing jail time, Oregon’s policy will give drug users a fine up to 100 dollars, which can be waived if the user is evaluated at an Addiction Recovery Center. These Addiction Recovery Centers are paid for by the Marijuana tax. For people caught with large quantities of these hard drugs, the penalty will be reduced from a felony to a misdemeanor. Selling and manufacturing hard drugs will remain illegal.

“I’m excited to be a model for other places to show that we don’t have to harm people for being sick,” stated Haven Wheelock, a harm reduction specialist at Outside In. “Oregonians understand that we should be treating drug use as a health issue,” said Kassandra Frederique, executive director of the Drug Policy Alliance. “It is a huge sledgehammer to the cornerstone of the war on drugs,” she stated.

Oregon struggles with some of the highest rates of substance abuse and one of the poorest rates of access to rehabilitation services in the nation. This is why opponents of Measure 110 argue that Oregon is not an ideal city to lead a new approach to crush drug use and addiction. “I think it’s flawed,” said Mike Marshall, executive director of Oregon Recovers. “But it is now the will of the people.”