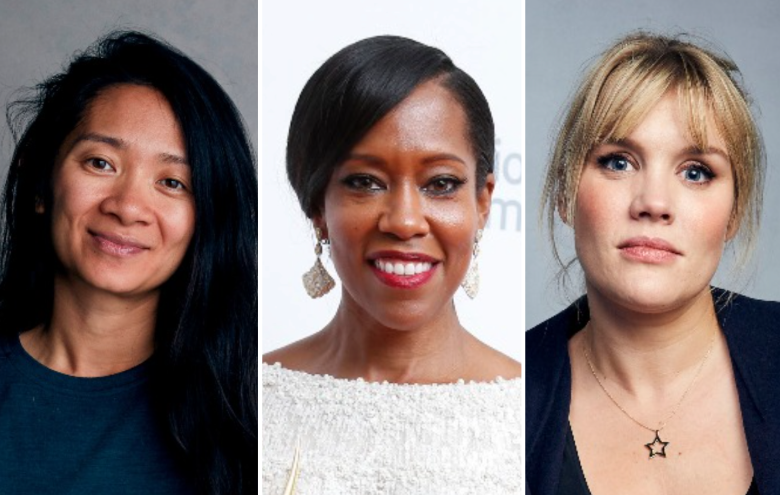 For the first time in the history of the Golden Globe awards, there are more women than men nominated for best director. There are three women nominated including, Chloé Zhao, Emerald Fennell, and Regina King. This is the first time more than one woman has been nominated for the Golden Globes directing category in a single year. This year’s Golden Globes marks another first as well, as Zhao is the first woman of Asian descent to be nominated in the category. King also makes history by being the second Black woman to be nominated in the directing category. This is a win for female directors, as well as, those who advocate for more representation in award shows. It is important to note that this is only a fragment of the much larger fight against sexism and racism in Hollywood.

Zhao, King, and Fennell are making history with their films. Zhao directed “Nomadland,” which has racked up numerous awards and left critics in awe. King directed “One Night in Miami,” and has previously won an Oscar and a Golden Globe for acting in 2018’s “If Beale Street Could Talk.” Fennell directed “Promising Young Woman,” and was also nominated for best screenplay for writing “Killing Eve.” In a statement, Fennell said that she is “unbelievably thrilled and honored for Promising Young Woman to be among so many incredible nominees at this year’s Golden Globes.” She went on to thank the Hollywood Foreign Press Association (HFPA) for recognizing the film as well as thanking the cast, crew members, and producers. “It’s impossible to truly express the depth of my gratitude without swearing so I’d better stop here,” she concluded.

This year’s diversity in the directing category is historical, because women, especially women of color, have a long history of being neglected in HFPA’s nominations. Throughout HFPA’s 76-year-old history, only five female directors have been nominated in the best director category, with Barbra Streisand nominated twice. Streisand is also the only woman ever to win, where she won for “Yentl,” in 1984. Even in the wake of the feminist movement, women have still been overlooked in this category. The last woman director that was nominated was Ava DuVernay in 2014, yet this doesn’t come as a surprise, as award shows have a history of overlooking female directors. An example of this is the Academy Awards, where only five women were nominated for directing over the course of its 92 years.

Streisand is thrilled to see this new age of inclusion. She told The Hollywood Reporter that seeing “three women out of five directors be nominated for the Golden Globe makes me very happy. It is long overdue.”

The Golden Globes new inclusion of women is a big win for representation as well as a drastic improvement from last year. There were numerous popular and deserving films written and directed by women last year, including “Little Women,” “Hustlers,” and “A Beautiful Day in the Neighborhood.” Yet, the Golden Globes didn’t nominate a single woman for best director, screenplay, or motion picture in its nominations last year. Prominent women have advocated against this evident pattern of exclusion, an example being Natalie Portman, an actress best known for her role in Disney’s Thor and Star Wars movies. In 2018, Portman called out the Golden Globes while presenting the best director award, saying that “We are honored to be here to present the award for best director… and here are the all-male nominees.”

Last year, Rebecca Goldman, chief operating officer at the Time’s Up Foundation, stated that last year’s “nominations show, women — and especially women of color — continue to be pushed to the sidelines by a system that holds women back, onscreen and off.” She then added that “the omission of women isn’t just a Golden Globes problem —it’s an industry-wide crisis, and it’s unacceptable.”

Although it is easy to look at the lack of representation of women in the past, we still can celebrate this year’s revolutionary act of inclusion. Hopefully this new inclusion will start Hollywood’s long journey of unlearning its sexist and racist nature. Maybe soon, women will be featured in an influx of award shows.

The Golden Globes did not see the widespread call for the inclusion of women as a scapegoat to only nominate white women, where two of the three women nominees are people of color. Chloé Zhao makes history by being the first woman of Asian descent to be nominated for best director in the Golden Globes. Zhao directed “Nomadland,” which has earned top prizes at the Venice and Toronto film festivals. The screenplay was also nominated in the best picture- drama category in the Golden Globes. Zhao has earned best director awards from an array of critics organizations including the National Society of Film Critics, the New York Film Critics Circle, and the Los Angeles Film Critics Association.

Regina King is an advocate for gender parity and racial equality in Hollywood. She recently commented on her own experience fighting inequalities in an interview she did with the Deadline. In this interview, King stated that “On the film, if we were not, as a filmmaking team, actively trying to create gender parity, we would not have ended up with a crew that predominantly identifies as a person of color, or that does not identify as cis white male,” adding that gender disparity is more complex than what she previously thought.

The Golden Globes will be held on Sunday, February 28th, at 8:00 P.M. Eastern Time and will be streamed on NBC. The 2021 Golden Globes marks the first step on the long journey of granting female directors the recognition they deserve. Many young girls will watch the Golden Globes and will see Fennell, King, and Zhao on that stage and realize that one day, they can grow up and achieve great things too, no matter who they are or what they look like.