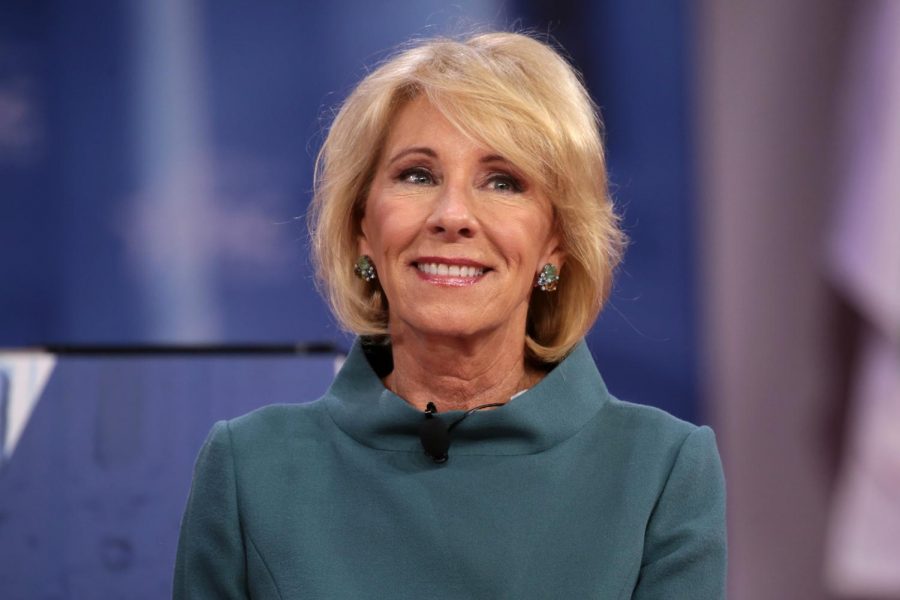 In 2011, the Obama administration had issued Title IX guidance that expanded protections for student survivors who reported assault or harassment to their schools. Last May, DeVos reversed the Obama administration’s policies on campus sexual assault and harassment, angering women’s and civil rights groups. DeVos required colleges to hold live hearings and allow for the cross-examination of the accusers. Women’s rights groups said it would discourage victims from coming forward.

DeVos’s rule, among other things, also allowed colleges and universities to raise the bar on deciding whether sexual misconduct took place to a “clear and convincing” standard instead of whether there was a “preponderance of evidence” against the accused.

Biden had criticized DeVos’s rule on his campaign website last year, saying it had “rolled back the clock and given colleges a green light to ignore sexual violence and strip survivors of their civil rights.” When Biden was vice president he led Obama’s “It’s On Us” campaign against college sexual assault. Famously, he said at a White House event against campus sexual assault in 2014, “If a man raised his hand to a woman, you had the job to kick the living crap out of him.”

It’s unclear how quickly the Biden administration can make any changes. Brett Sokolow, president of the Association of Title IX Administrators, said the Education Department’s typical arduous rule-making process could take a year or two and any new rule might not go into effect until 2024.