Apple’s New Device, “AirTags:” Everything You Need to Know 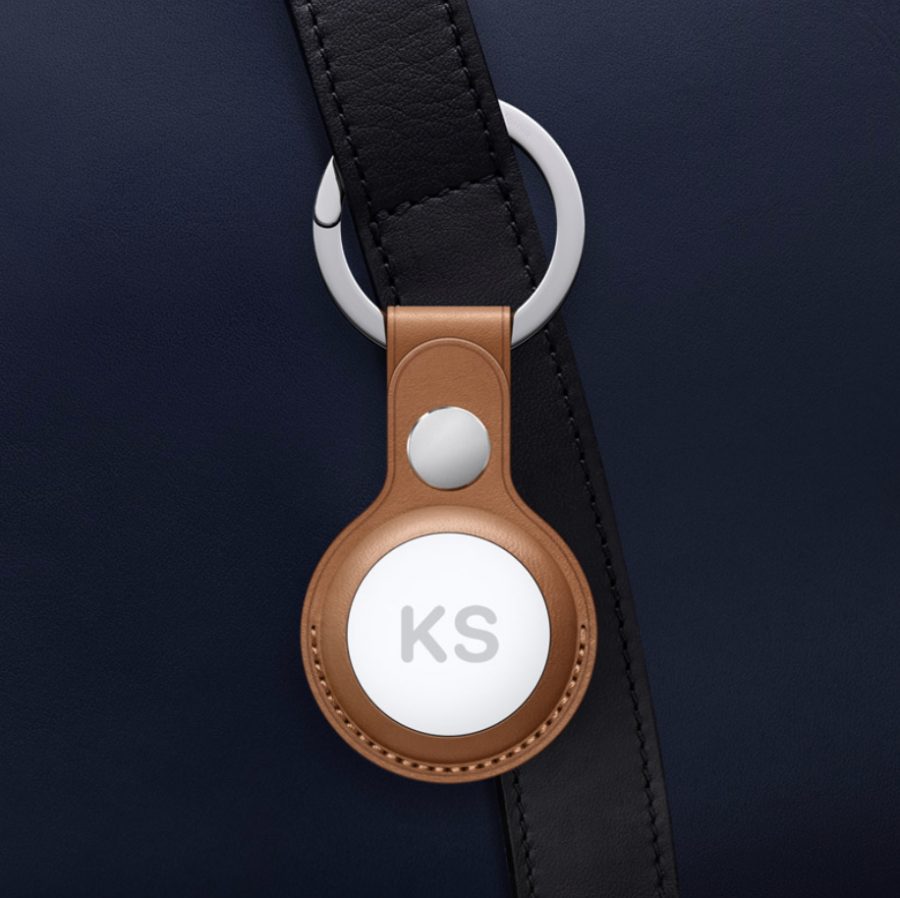 With the slogan, “lose your knack for losing things,” Apple’s new product, the “AirTag,” aims to find items you commonly lose. Yet, security concerns have risen over the potential risks of stalkers utilizing the device’s tracker. This relatively new device came out in April.

The AirTag is a way to keep track of your commonly lost items, where you can attach the small device to your keys or backpack. If you misplace an item your AirTag is attached to, you can use the “Find My” app to track down your Apple devices on true radar. You could also play a sound on the built-in speaker by ping to the new Items tab in the “Find My” app. This app is already on most iPhones, where it was was used for finding lost Apple devices. Starting at $29, the device is seemingly easy to use and is perfect for those who commonly misplace items such as their keys or a wallet. The AirTag can be put into Lost Mode and when it’s detected by a device in the network, you’ll automatically get a notification.

The Apple website states that, “When youʼve left something far behind… the Find My network — hundreds of millions of iPhone, iPad, and Mac devices around the world — helps track down your AirTag. And itʼs designed to protect your privacy every step of the way.” The website further stated, “Your AirTag sends out a secure Bluetooth signal that can be detected by nearby devices in the Find My network. These devices send the location of your AirTag to iCloud — then you can go to the Find My app and see it on a map. The whole process is anonymous and encrypted to protect your privacy. And itʼs efficient, so thereʼs no need to worry about battery life or data usage.” Adding, “You can also set it so someone can get your contact info by tapping your AirTag with an NFC-capable smartphone — that’s the same technology that lets people pay for things with their phones.”

Apple is aware of possible misuses of the new gadget, where questions have been raised about potential security concerns. Many critics of the device warned of potential stalker situations, where someone could hypothetically slip their AirTag into someone else’s backpack and then track them. Yet, Apple is aware of these concerns, noting, “AirTags is designed to discourage unwanted tracking. If someone else’s AirTag finds its way into your stuff, your iPhone will notice it’s traveling with you and send you an alert. After a while, if you still haven’t found it, the AirTag will start playing a sound to let you know it’s there.” Apple then added, “Of course, if you happen to be with a friend who has an AirTag, or on a train with a whole bunch of people with AirTag, don’t worry. These alerts are triggered only when an AirTag is separated from its owner.” Washington Post warned their subscribers of AirTags in their article, “Apple’s AirTag trackers made it frighteningly easy to ‘stalk’ me in a test,” where they questioned Apple’s alerts that aim to warn potential victims if they’re being tracked. In the article, the author states that the warnings weren’t available for people who use Android phones, making it easy for stalkers to track people who don’t have iPhones to warn them of the threat.

Apple boasts of the effectiveness and simpleness of the technology, saying, “A one-tap setup instantly connects your AirTag with your iPhone or iPad. Enter a name for your AirTag, attach it to the item you want to track, and youʼre good to go. Want AirTag notifications on your Apple Watch, too? No problem.”

The AirTag has a long battery life, is water resistant, and can be personalized with free personal engraving. You can engrave the AirTag with emojis, numbers, or letters. There’s two options for buying the AirTag, with 1 pack being $29 and the 4 pack being $99.  The AirTags have colorful key rings and loops from Apple, which furthers the personalization opportunities. The AirTag accessories range in prices, with the AirTag Loop- Sunflower being $29 and the AirTag Leather Key Ring- Baltic Blue being $35. A lower price is the Belkin Secure Holder with Key Ring for AirTag, which is $12.95 and comes in white, black, blue, and pink.

Additionally, Apple partnered with Hermēs, which is a, “partnership based on meticulous craftsmanship and shared values continues. Three handmade leather pieces — a luggage tag, bag charm, and key ring — each come with an exclusive AirTag Hermès etched with the iconic Clou de Selle signature. This is form and function at their finest.” The products that resulted from the partnership are expensive, with the Key Ring starting at $349, the Bag Charm starting at $299, and the Luggage tag starting at $449.

The AirTag Leather Key Ring- Product Red, is a partnership with Red, a non-profit organization that partners with brands to create products and experiences that help fight against AIDS and COVID-19. Apple has a history working with Red, and according to Red’s website, “To date, Apple has raised over $220 Million for the Fund for the Global Fund through the sale of (PRODUCT)RED devices and accessories.” Also, “Now through June 30, Apple is partnering with (RED) to redirect 100% of eligible proceeds from (PRODUCT)RED purchases to the Global Fund’s COVID‑19 Response. This will provide critical support in health systems most threatened by the outbreak and, in turn, help preserve lifesaving HIV/AIDS programs in sub-Saharan Africa.”