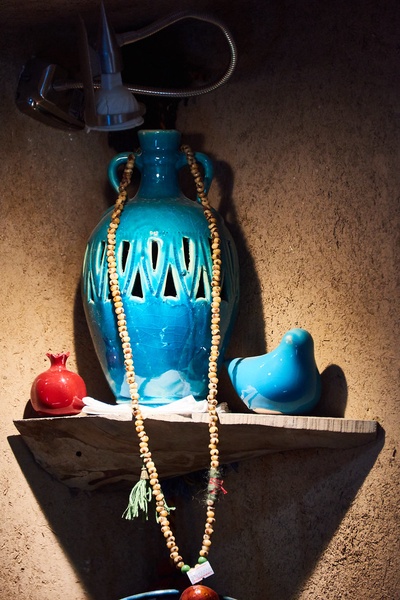 This is an example of the type of art the Persians make.

Art has a major influence on society by changing people’s opinions, teaching people lessons and morals, and spreading new ideas around the world to inspire others. There are various forms of art in many cultures, such as jewelry, bracelets, necklaces, paintings, drawings, wood carving, music, literature, and more. In Exploring Art in Cultures we will journey on an exploration of countries whose art is elaborate and detailed. This article will observe the art of two countries, Iran and France.

Persian, or Iranian, is my own culture. The country was originally named Persia, but has since been changed to Iran. The art is usually very detailed and ornate. One truly classic example of this ornate artistry can be found in the world-renowned and highly sought-after Persian rugs. Most of these carpets are made up of elaborate colors, high quality materials, unique patterns, designs that reflect the history of Iran and its people, and are a symbol of tradition and wealth. The rugs are produced by families of weavers, usually in rural locations or small towns. The price of the rugs can range from three-hundred dollars to over five thousand.

Iranian literature is mostly written in a language that is called Farsi, which is very similar to Arabic. The literature is almost always about the culture, political issues, or personal protest. A famous book, “The Blind Owl” was written by a Persian author named Sadegh Hedayat.

Iran’s music is mainly classical, functioning as a spiritual tool most of the time, but has developed into folk and pop over time. Instruments used in traditional music include string instruments such as harps, wind instruments, and percussion.

Diamonds were used for a lot of jewelry in ancient Persia, but modern jewelry is usually gold, with detailed patterns and design. The patterns are a lot like ones you would see on a Persian rug, and have pendants that can be the head of a goose, lion, deer, or snake.

Another more widely thought of scene when discussing art, with a rich history of amazing artwork, is France. France is famous for its many art museums and architecture. For example, the Louvre, Musée d’Orsay, Centre Pompidou, are some of my favorite museums with art and amazing architecture. The Notre-Dame, Eiffel Tower, Hall of Mirrors, and the Saint-Corentin cathedral are a few great examples of France’s elaborate architecture as well, which hold various arts collections from across the globe.

French Literature, which often revolves around the dramatic and/or romantic genres is one of the most influential components throughout all of Europe.

Music genres are diverse. Popular songs can go from electronic music, to rock in modern times. Traditional French music uses instruments such as the harp, flute, fiddle, and the accordion.

Recently, beads, silvers, golds, and charms have been popular with jewelry in France. The jewelry worn are usually gold hoops, pendant necklaces, stud earrings, and thin gold rings. They are simple but elegant and add to the luxurious feel of the country.

These two countries are pretty different from each other, but each have very interesting lifestyles and traditions. Art has an important part in culture, and can bring people together. “Cultural differences should not separate us from each other, but rather cultural diversity brings a collective strength that can benefit all of humanity,” said Robert Alan, who has made films which examined race relations and culture.

Until next time, appreciate your own culture and the cultures around you.