The OCSA Student’s Shined at the Jazz Concert 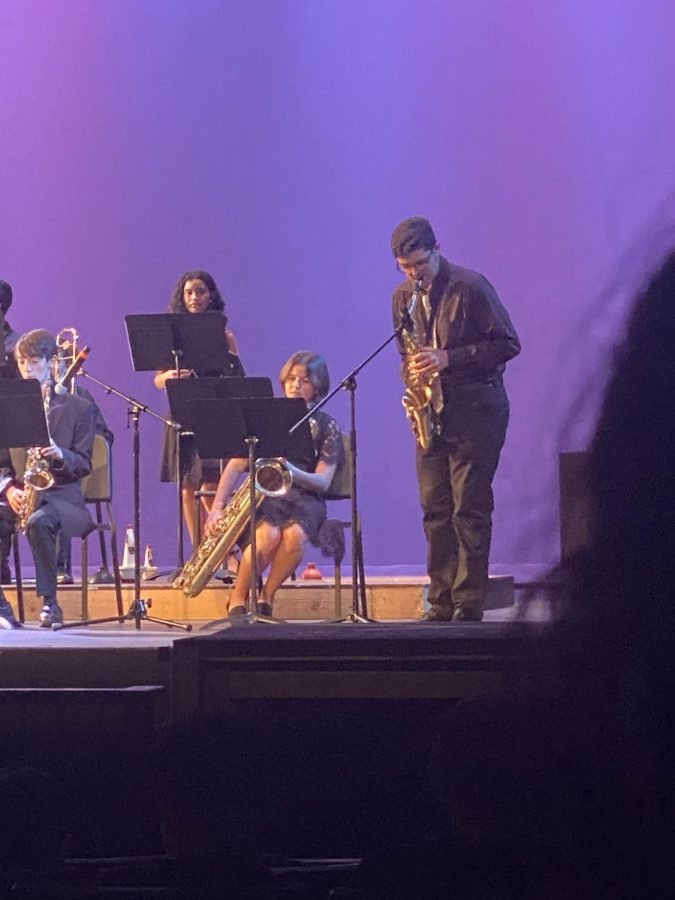 From middle to high school the jazz band executed an exquisite performance, led by Jason Anderson. From solos to group performances, the young musicians showed off their tremendous amount of talent in a span of only an hour. Countless moments spent practicing to perfection paid off in the final result.

Jason Anderson, Jazz-Band Instructor and new comer to OCSA, conducted and orchestrated an influential and mesmerizing performance. He stated, “It was challenging because as a new teacher, I didn’t know abilities and capabilities,” in other words, the extent of students’ talent, how they collaborate, learn, and perform. His biggest struggle was picking material that would be challenging while also entertaining.

Every spring, Jazz Band hosts auditions for the class. This isn’t limited to only band majors, but orchestra, vocal, tech, visual artists, etc. basically any inspired singer or musician. Camila Quinteroi, for example, is a Sophomore Vocal Major who sang alongside Jazz B.

The song choice selected for Jazz A was picked for the Essentially Ellington Jazz Cart Festival. The Lincoln Center hosts various jazz concerts open to all schools, but only 14 who enter are selected.  There are five regions, three bands in each. The region these young musicians are in ranges from Florida to Maryland, which means a lot of competition. OCSA has made it a total of three times. The pieces required solos with special features needed, like alto saxophone and trombone played by Solomon Geleta and Arturo Williams.

Some students from Jazz C had just picked up the instrument. For instance, Daniel Browne, an 8th grade euphonium player, learned to play trombone in a couple of weeks.

The Jazz students showed a tremendous amount of talent in their performance and left the audience wanting to hear more.