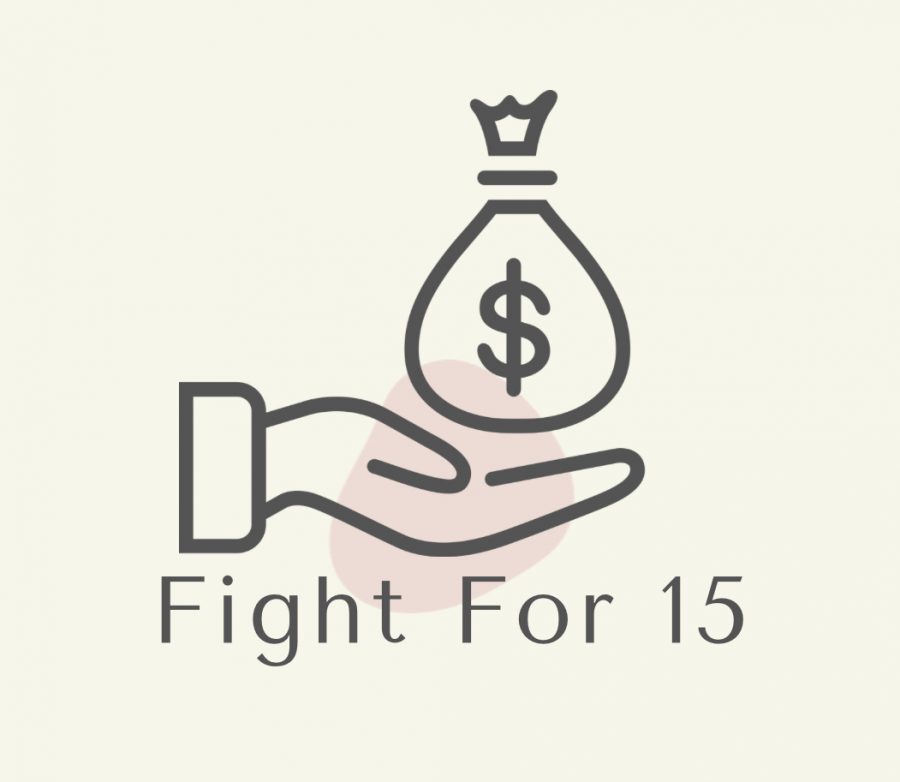 The fight for a raise in minimum wage has been an ongoing problem in the United States.

The minimum wage has induced problems within our society and should be managed for better sustainability. The average minimum wage in the United States of America is $7.25. The cost of rent in the United States of America is about $1,500 and up depending on the state. Americans spend an average of $151 on food weekly. Adding the expenses for basic survival, it is not ethical to provide barely $8 to the working class.

Recently, Costco raised their minimum wage to $17 an hour which lowers the risk of understaffing complications. When a company pays their workers more, the job is more appealing for people searching for jobs as well as continuing to keep the current staff. The past wage for Costco employees was $16 and hour.

Minimum wage adds to unemployment rates in America. The work load for medial day-to-day jobs requires an extensive amount of labor that takes a toll on the person both physically and mentally. Bus drivers, for example, are required to work both morning and afternoon, taking multiple kids from various schools back and forth. Through traffic, returning the bus to the lot, and behavioral issues amongst students, the amount of money these workers are making for what they do is not enough. Their minimum wage is about $14-$15 an hour.

Raising the minimum wage also has unexpected consequences, for instance, hurting small business’ and stores where raising the export of money will put them at risk for going bankrupt. However, for bigger corporations like Walmart, Target, McDonalds, etc. this shouldn’t be a problem.

Many officials are against the minimum wage being raised due to biased opinions on work ethic and education. The viewpoint held by higher up lawmakers see service industry like fast food employers and bus drivers as undeserving of extra money. However, these jobs are crucial and necessary for the basic performance of society and without them the public would not function properly. “These people earn every single penny they get. In fact, they earn way more than they get,” said Representative Keith Ellison.

The other side argues that raising the wage will be beneficial for the economy, adding to new jobs and services provided. Raising the minimum wage is both beneficial for the public and the economy as a whole. John Podesta, Bill Clinton’s former chief of staff and Obama’s former advisor, said, “The strongest periods of economic growth in the 20th century were also times when incomes rose across the board.”