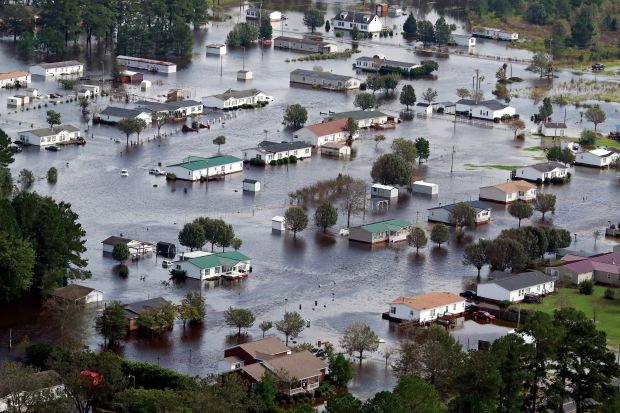 Four dams have breached in the Carolinas. Three of them were located in South Carolina and the other was in North Carolina. The rising of the Cape Fear River in Fayetteville, North Carolina had many residents fearful because it rose to 61.4 feet on September 18th, but as of September 20th the river has crested and begun receding.

Highway I-40 has been flooded along with I-95 causing road closures in and out of Wilmington. Many residents have attempted to drive in and out of towns using the “Waze” app, but officials advise against using it. Many people have ended up in flood zones of blocked roads while being guided by the app. Due to the flooding and damages, Trump’s administration has stated that officials would not rest until the “job is done.” An economic consulting firm has estimated an expected 17 -22 billion dollars in damages.

As of September 19th, the death toll in the Carolinas and Virginia has increased to 37. In North Carolina, 27 people have died along with 8 in South Carolina and 2 in Virginia. About 2,600 water rescues have been made in North Carolina. Over 9 million people are still on a flood warning including the counties of Greensboro, Winston-Salem, Durham and a few more. Hurricane Florence is now moving Northward toward New England and the Mid-Atlantic.