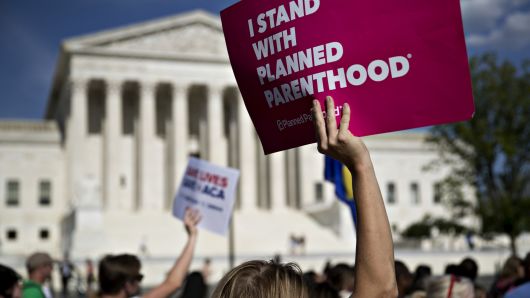 The Supreme Court rejected the appeals of Kansas and Lousiana Monday to cut the funding of Planned Parenthood. The two states came to the court seeking to terminate the “public funding [of] women’s healthcare and abortion provider Planned Parenthood through the Medicaid program” after a video was released by an antiabortion group of the organization supposedly discussing the sale of fetal tissue for research in 2015. Medicaid is a widely used resource providing health care services for low-income citizens administered by the state and national government. According to Fox News, around 70 million are involved in the program, including the 2 million women who utilize Planned Parenthood clinics.

Four judiciary votes are essential for a case to acquired. Brett Kavanaugh being one of the justices to deny the appeal of the two states, including Chief Justice John Roberts Jr.. This leaving only Justice Clarence Thomas stating, “Some tenuous connection to a politically fraught issue does not justify abdicating our judicial duty,” supported by Samuel Alito Jr., and Neil Gorsuch to split the court decision between the five conservative justices, agreeing to get involved in the fight. The other six members of the court who refused to sign the petitions did not make any further comments.

In result of the Kavanaugh investigations for sexual misconduct, which occurred last September, an “uncomfortable” spotlight shines on the Supreme Court, who have shied away from taking on controversial issues or requests from the Trump administration. The case puts both Kavanaugh and the Supreme Court into sharp focus on their view point on abortion; however, though the court feels the issue at hand is prominent and may be revisited, the matter will proceed with caution.”We are pleased that lower court rulings protecting patients remain in place. Every person has a fundamental right to health care, no matter who they are, where they live, or how much they earn,” stated Leana Wen, president of Planned Parenthood Federation of America. According to Fox News, the cases are entitled Anderson v. Planned Parenthood and Mid-Missouri (17-1340) and Gee v. Planned Parenthood of Gulf Coast Inc. (17-1492).