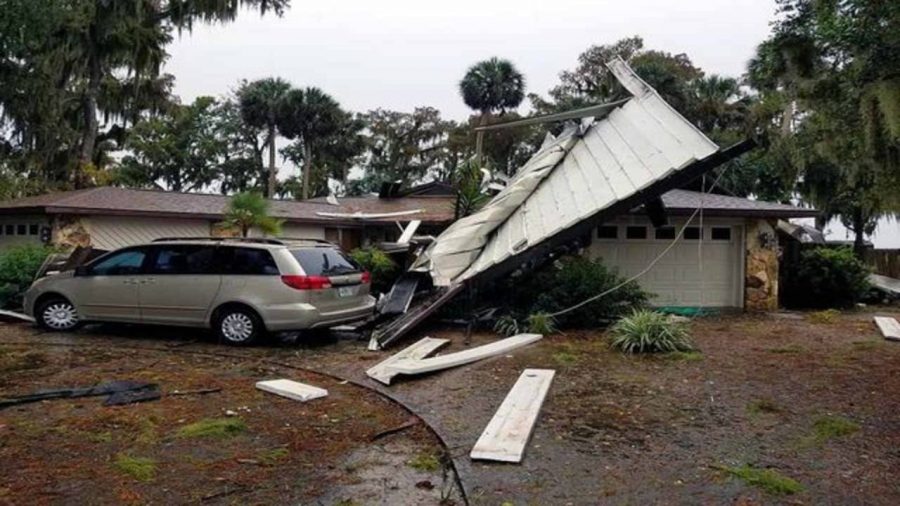 Damage from storm in Leesburg.

December 20th, Florida and other states along the east coast are currently experiencing record-breaking stormy weather. The thunderstorms, which are mostly affecting Central Florida, have resulted in 2-5 inches of rain, and caused flooding as well as tornadoes in multiple counties. The rainy weather has broken the record of the wettest December day for Sarasota Brandenton International Airport since 1911 and passed the daily rainfall record in Orlando with over 3.5 inches of rain.

According to National Weather Service Meteorologist, Jessie Smith, “Conditions are going to get progressively worse throughout the day.” She also added that the storm is going to be the worst from noon to around 6 pm. Lake and Polk County have suffered property damage from the storm, flights were delayed, and schools in Central Florida were prompted into following their district’s severe weather procedures. The storm is expected to be over by sunset.