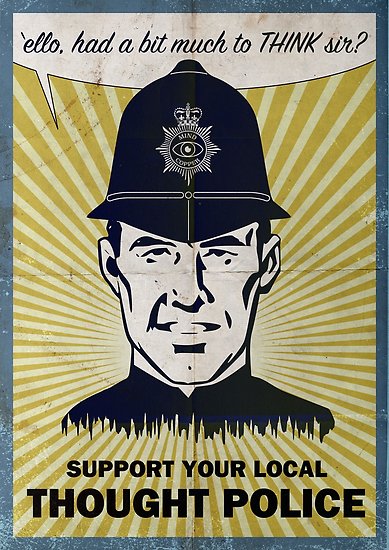 A twitter user in the United Kingdom was subjected to a police investigation by authorities in Humberside after he criticized transgenderism in a small tweet of his opinion. The individual, who goes by the name “Harry the Owl” on Twitter, previously tweeted “trans women are not women”.

In a 10 tweet report on the incident, Harry explains that he first got a call from his boss informing him that the police wished to speak with him.

After calling the police, Harry was told by an officer who claimed to be “representing the LGBTQ community” that someone had reported him for “hate speech” and it was the duty of the police to check if he employed any trans people because they would not be in a safe working environment.

“2. Spoke to PC from Humberside, introduces himself as representing the LGBTQ community on a report of hate speech by me. They’d found me via my company, had been all over the website & decided if I employed trans people at all, it was not a safe place for them & work should know.

— Harry The Owl – Thought Criminal (@HarryTheOwl) January 23, 2019″
After admitting that the “30 tweets” being investigated were not criminal in any way, the officer then bizarrely read a limerick before labeling the occurrence a “hate incident” and asserting that there was a victim (despite no crime having been committed at any time).

“4. I said, I didn’t write that. He said, ‘Ah. But you Liked it and promoted it.’
I asked why he was wasting his time on a non crime. He said, ‘It’s not a crime, but it will be recorded as a hate incident.’

“6. My comment was that by framing the complainant as ‘victim’, this made me, by default, ‘criminal.’ I asked him to desist from using it.

— Harry The Owl – Thought Criminal (@HarryTheOwl) January 23, 2019″
“This is where it gets incredibly sinister,” reported Harry. “The cop told me that he needed to speak with me because, even though I’d committed no crime whatsoever, he needed (and I quote) ‘to check my THINKING!’ Seriously. Honestly.”

“8. Finally, he lectured me. Said, ‘Sometimes, a woman’s brain grows a man’s body in the womb and that is what transgender is.’ You can imagine my response…

— Harry The Owl – Thought Criminal (@HarryTheOwl) January 23, 2019″
Harry, having committed no crime, was then subjected to a lecture by the officer about his own opinion on transgender biology.

“10. I’m fine, btw. It’s upset my wife far more than it’s upset me, though, and this makes me angry as hell. I’m considering my response to the Chief Constable because… F**K ‘EM!

The officer then scolded Harry and warned him to watch his language, otherwise he would be fired from his job for hate speech.

In the United Kingdom, alleged “hate incidents” are recorded will be such if the offended person perceives themselves to be a victim, a standard which does not require any crime or misdemeanor to have taken place.

Despite the UK being hit by soaring violent crime rates and only 9% of actual crimes ending with suspects being charged, more and more police resources are being wasted patrolling online speech and opinions.

Recently reported & investigated ‘hate crimes’ in the UK include;

– A dog pooping outside someone’s house.
– A dog barking at someone.
– A bus driver’s “racist look”.
– A dispute over a parking spot.
– Someone losing a tennis match.

Orwell is rolling in his grave.