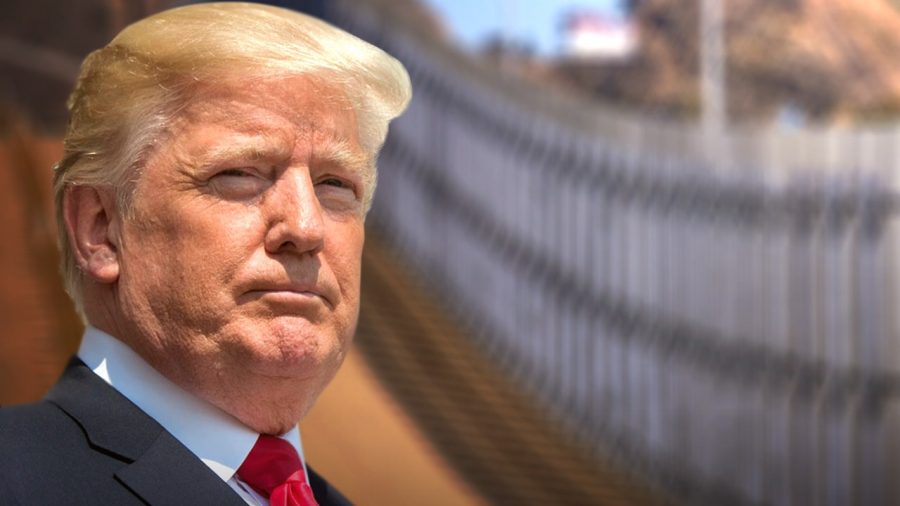 On February 15, 2018, President Donald Trump decided to declare a national emergency all in the name of border security. All over the United states lawmakers have had strong opinions about Trump’s decision.

President Trump’s declaration outlined where exactly where he would be receiving his funds from. This declaration would allow Trump to direct $3.6 billion from military construction projects, $2.5 billion from a counter narcotics program, and about $600 million from a Treasury Department asset forfeiture fund. Trump would also be using $1.375 billion for fencing in a spending package he passed last Thursday.  All in all Trump would have a total of $8 billion dollars, 2.3 billion dollars more than the initial $5.7 billion denied by Congress

At least 16 states have banded together to sue Donald Trump over his plan to take emergency relief funds and direct them towards building a wall. The states have commentated that they have planned to go to court in order to protect their citizens, resources, and economic interests. Among the states suing President Trump are California, New York, Colorado, Connecticut, Delaware, Hawaii, Illinois, Maine, Maryland, Michigan, Minnesota, Nevada, New Jersey, New Mexico, Oregon, and Virginia. Maryland is the only state whose governor is not a Democrat, but its legislature is controlled by Democrats.

Although there are many who oppose Trump’s decision, there are a few who support him. North Dakota lawmaker, Mike Lefor, said, “There are many avenues to become a legal immigrant and do the process right, but if  you’re coming illegally there’s something wrong,” in a statement of support to the president. Florida Senator, Rick Scott stated that he, “Applauds the Presidents decision to put the safety of our country first and use his authority to secure the border,” in a tweet he made following Trump’s declaration.