Game of Thrones: The Long Night is Over… but at What Cost? 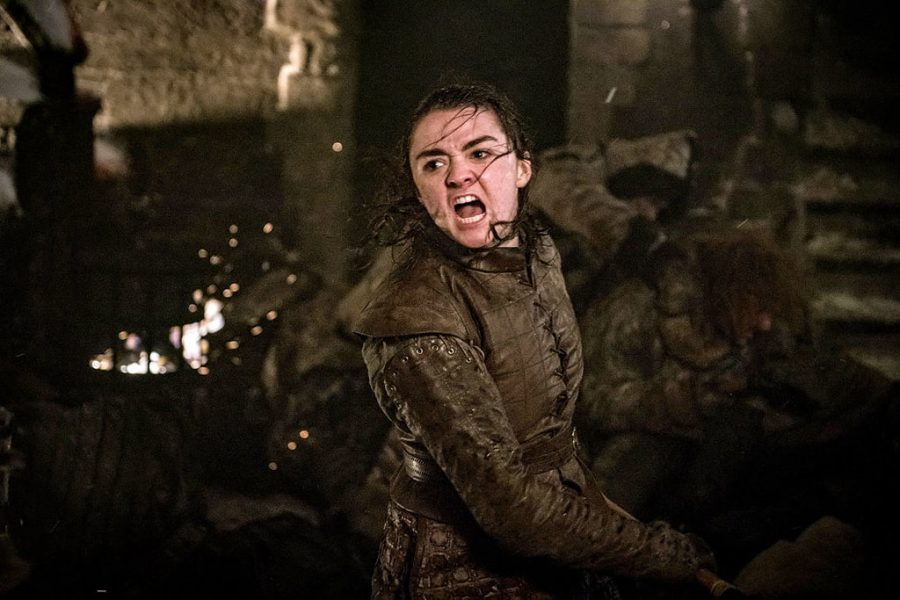 Fans of the HBO series Game of Thrones have let out a collective sigh of relief Sunday evening.

The Battle of Winterfell was projected to be the longest battle in cinema history, it was predicted by fans to be more gut-wrenching than the Red Wedding from season 3. What HBO and the cast of Game of Thrones gave us was the answer to a long-thought question: How badass is Arya Stark?

If you have not watched Episode 3, continue reading at your own discretion.

The fight begins with the surprise arrival of Melisandre and igniting Dothraki weapons to fight the wights. Viewers had hope, but as they charged they were trampled and driven back by the mammoths. But as they fought, we were given the view of the Vale’s army along with Tormund and Sam. Within the two minutes of their charge, all the lights from the Dothraki swords had faded. This is just another one of the Night King’s unintentional scare tactics, which set the tone for the rest of the battle.

As the lights of the Dothraki screamers die out, Daenerys once again decides to boycott her own plan. She and Jon ride into battle, scorching the wights with Dragonfire, only to be buffeted by a blizzard. From here they are separated and Jon is tested–he’s only ever flown Rhaegal once– but he manages despite the sudden weather change.

What they should have done was wait for the Night King to come for Bran and fight him together. This could have ended the fight much earlier and saved a fair chunk of Daenerys’ army. Targaryen stubbornness runs through blood, however, as seen with Mad King Aerys, Prince Rhaegar, Viserys and now Daenerys.  It is the sense of eagerness for change that killed off the family in the first place.

I don’t know about any other viewers, but I sensed a Romeo and Juliet tension between Sansa and Tyrion as wights burst from Stark coffins. As the scene slowed and they pulled dragonglass knives, I thought they were going to commit suicide together. If they had, the Sansa- Danaerys tensions would have died down, no pun intended.

Jorah Mormont and Theon Greyjoy were great men. In Theon’s case, we went from not caring about him to hating him when he betrayed Robb and captured Winterfell, to feeling sorry for him when he was Ramsay Bolton’s plaything, to cheering him when he fought Euron and saved Yara, to mourn his death at the hands of the Night King.

We saw Jorah at Danaerys’ side at the beginning of the series and die at her side at the end of the episode. The media had branded him the “Lord of the Friendzone”, and this could not be more true for any character. He was probably the one who loved Danaerys the most but never received that love in return.

Last but not least we have Arya killing the Night King. While most fans cheered, others questioned the purpose as it undermines the various prophecies throughout the show’s run time. It also leaves many loose ends, the most prevalent being who the Night King was, what the purpose of resurrecting Jon was and the ideology of the “three heads of the dragon”, but now being only two dragons. Fans are left wondering what the gut-wrenching scene will be, if it was not the Night King’s assault on Winterfell.