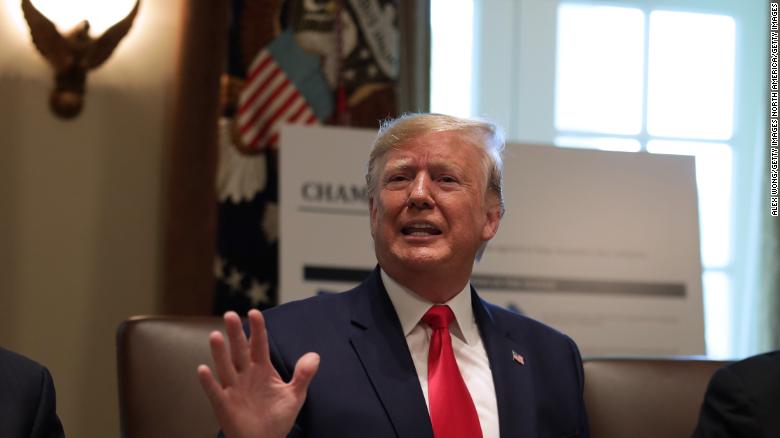 U.S President Trump has been impeached by the House of Representatives.

House Speaker, Nancy Pelosi, announced that the House will officially initiate an impeachment inquiry against President Trump. The charges are related to the accusations of the current POTUS going against his oath of office and having foreign government power look into opponent and Former Vice President, Joe Biden, as a political plot to secure his second term. Pelosi stated in a brief speech that “the actions taken to date by the president have seriously violated the Constitution” and that Trump “must be held accountable–nobody is above the law.” Pelosi’s decision came just before the release of the official transcript of Trump’s phone call with Ukrainian President, Volodymyr Zelensky, July 25, where the President had apparently asked Zelensky to “look into” Joe Biden and his alleged actions of stopping a prosecution against his son, Hunter Biden.

The President denied all claims of a quid pro quo scheme with Ukraine, including the accusation that he pressured Zelensky by withholding over $400 million dollars of financial aid. Trump stated that withholding the money was the result of Trump’s concerns that the United States was contributing more to Ukraine than other European countries. Trump immediately took to Twitter, lashing out against the Democratic party, posting, “PRESIDENTIAL HARASSMENT!”

Pelosi’s sudden, severe action is one that could drastically impact America in more ways than one, including dismembering an already politically fractured nation. Congressional Republicans were quick to explain that an impeachment of the President would only influence GOP voters. House Minority Leader, Kevin McCarthy (R-Calif.), also delivered a statement commenting that Democrats  “have been trying to reverse the results of the 2016 election since President Trump took office. For them, this is all about politics. Not about facts.”

The inquiry will go on to follow an intense period in which 57 Democrats, including some of President Trump’s party, who have since opposed an impeachment, as they advocate formal proceedings. Currently, 196 Democrats have already approved of the inquiry, and, according to the Washington Post analytics, the number continues to grow. Only four other presidents have been called upon in an impeachment inquiry throughout the nation’s history.

On November 19th, National Security Council, Lt. Col. Alexander Vindman, rejected all claims of partisanship during his testimony before the House Intelligence Committee. Vindman, who is considered a key witness to the inquiry, stated that he was “alarmed” by Trump’s call with Zelensky and called the situation “improper.” Vindman testified alongside Jennifer Williams, an adviser of Vice President Mike Pence. Other people who were set to testify later that Tuesday were Tim Morrison, a senior NSC official, and Kurt Volker, Executive Director of McCain Institute of International Leadership.

November 21st, Thursday afternoon, Trump lashed out at the Democratic party, calling them “human scum.” In order to escalate and progress the hearings, two more key witnesses testified before the House Intelligence Committee. In an open session, Fiona Hill, Russian expert and former White House adviser who reported to John Bolton, a formal national security adviser, stated that she heard Trump ask Zelensky about “investigations” during their phone call concerning Joe Biden and his son, Hunter.

On Friday, November 22nd, Trump proceeded to taunt Democrats at the impeachment hearings, stating that they “looked like fools.” Trump, in doing this, called Fox News in order to weigh in on the testimony from the witnesses. After two weeks of public hearings by the House Intelligence Committee, Democrats were inclined to draft articles of impeachment with a full House vote. Democrats also prepared to build the case by mentioning Trump’s leverage over Ukraine by blackmailing the country’s government into not providing U.S military aid if not given information on Trump’s presidential competition.

As the investigations were ongoing, both critics and supporters of the President eagerly awaited the final conclusion.

The House has decided to impeach President Trump, as of December 18th, 2019, making him the fourth President to go through the impeachment process. The House Judiciary Committee approved of two articles against Trump: abuse of power and obstruction of justice. The Democratic party is supporting the article on “abuse of power,” saying that the quid pro quo with Ukraine for a White House meeting, including security assistance, in exchange for investigations into Trumps political opponent qualifies as such. In addition, they also say that the command from the White House s to refuse congressional request for a testimony and documents is seen as obstruction of Congress. Only two Democrats opposed the article of abuse of power. Republicans were united in opposition.

The vote for abuse of power passed 230 to 197 and ended with Speaker Nancy Pelosi gavelling the vote to a close in the House. The vote for obstruction of justice passed 229 to 198, with three Democrats in opposition.

When Congress decided to investigate the President on his dealings with Ukraine, Trump told his administration to deny every request that came their way. This is why Democrats voted against Trump on the article of obstruction of justice. Republicans, who rallied for Trump, accused Democrats of misusing power voters.

The impeachment sets up the trial for the Senate right after the new year starts. The Senate will have a final say on whether to acquit or remove Trump from office. Pelosi suggested that she might withhold the articles from the Senate as leverage for negotiation on terms of trial. According to the New York Times, “Acquittal in the Republican-controlled chamber may be likely, but the proceeding is certain to further aggravate the political and cultural fault lines in the country that Mr. Trump’s presidency has brought into dramatic relief. Regardless of the outcome, the impeachment votes in the House put an indelible stain on Mr. Trump’s presidency that cannot be wiped from the public consciousness with a barrage of tweets or an angry tirade in front of thousands of his cheering supporters at a campaign rally.”

Wednesday night, Democrats described the impeachment as “urgent action” to stop a leader of corruption and keep them from damaging the United States more than they already have. “Over the course of the last three months, we have found incontrovertible evidence that President Trump abused his power by pressuring the newly elected president of Ukraine to announce an investigation into President Trump’s political rival,” said Representative Adam B. Schiff, Democrat of California and Intelligence Committee chairman, who led the impeachment inquiry.

The President wrote on Twitter, “SUCH ATROCIOUS LIES BY THE RADICAL LEFT, DO NOTHING DEMOCRATS, THIS IS AN ASSAULT ON AMERICA, AND AN ASSAULT ON THE REPUBLICAN PARTY!!!!”

Later, when members of the House voted to impeach the President, Trump took the stage, as his supporters roared in applause. He stated that the articles were a”hoax.” Trump also stated that he wasn’t stressed by the accounts against him,  “You don’t do anything wrong and you get impeached. That may be a record that will last forever.” He also stated that Democrats have “cheapened” the impeachment process. The New York Times explains that Trump’s impeachment didn’t stem from the extended investigation of Russia’s political meddling into Mueller, tax invasion, his profits from his time in presidency, paying pornographic actress Stormy Daniels, and fraudulent actions by his foundation. Instead, it only results from his dealings with Zelensky and the investigations into former Vice President Joe Biden and his son.

Nancy Pelosi opened up the debate stating,“Today, as Speaker of the House, I solemnly and sadly open the debate on the impeachment of the President of the United States.” As the year goes by and a new one starts, the vote will go to the Senate, where they will decide if President Trump will remain in office or be removed.

The Senate plans to vote today, Wednesday, February 5th, to acquit Trump on charges of abuse of power and obstruction of justice. It wasn’t long ago when the Senate decided to stop hearing witnesses. The votes are scheduled for 4 pm, Eastern time. Republican Ted Cruz states, “The Senate will vote to acquit the president tomorrow. It is up to the voters to decide which policies they want to continue.” Two-thirds of the Senate would have to vote “guilty” to remove Trump. However, that outcome seems out of reach considering the Senate has a 53-seat Republican majority.

Senator Doug Jones, an Alabama Democrat, previously stated he didn’t know which way he would vote. He now states that he plans to convict the President. “In this case, the evidence clearly proves the president used the weight of his office and that of the United States government to seek to coerce a foreign government to interfere in our election for his personal political benefit,” Jones had said in a statement. “With impeachment as the only check on such presidential wrongdoing, I felt I must vote to convict on the first charge of abuse of power.”

House Democrats have come to the conclusion that Trump is guilty of not only looking into Joe Biden and his son, but also withholding military aid from Ukraine until the information was brought forth. Tennessee Senator, Lamar Alexander, explains why he refused to hear from more witnesses, stating that “there is no need for more evidence to prove something that has already been proven and that does not meet the US constitution’s high bar for an impeachable offense.”

The final vote, decided Wednesday, February 5th, acquitted Trump of all impeachment charges. On the first charge, abuse of power, the article did not pass with a vote of 48-52. With the second charge, obstruction of justice, the article was rejected with a vote of 47-53. Senator Mitt Romney, Republican of Utah, was the only person to vote against their party lines and voted to remove Trump from office.

After five months of news scandals concerning the dealings with Ukraine, Trump secured his seat back in office. However, both sides agreed that the real decision will be decided by voters in the next presidential election nine months from now. Though President Trump was advised to “remain quiet,” he tweeted that he would be making a statement Thursday from the White House “to discuss our Country’s VICTORY on the Impeachment Hoax!”