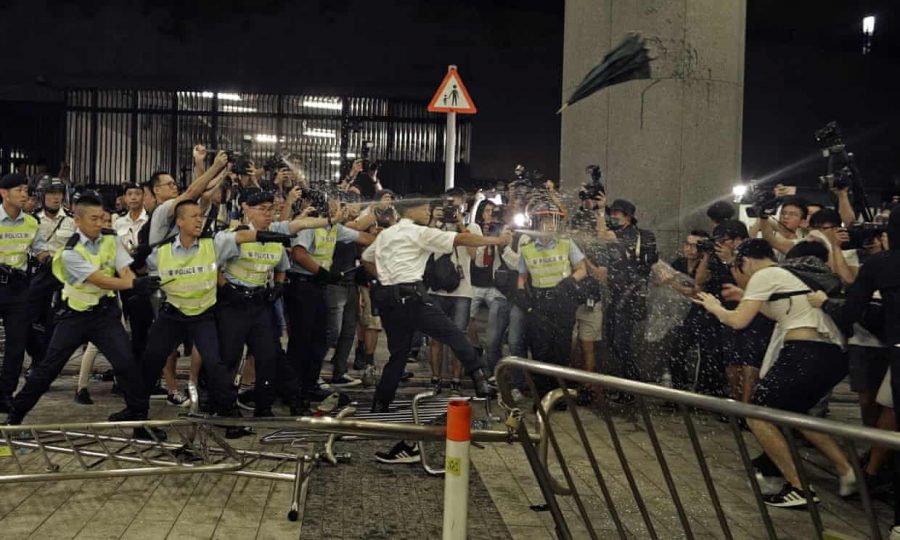 Since June, protests in Hong Kong have risen over the controversial extradition bill that would allow the transfer of criminal offenders to mainland China, where they will face their charges. This bill has sparked months of protesting between the citizens and government of Hong Kong. Although Carrie Lam, the leader of Hong Kong, announced the bill would be tabled, citizens were not convinced that the bill wouldn’t come back up.

This bill caused many protests and riots throughout the region. One of the most recent being the protest at Polytechnic University. Protesters have barricaded themselves in the university starting Thursday of last week, they stopped police from entering by lighting fires and throwing petrol bombs. On Sunday, police began to use ultimatums to get people off campus, announcing that everyone could be charged with rioting, which carries a penalty of up to 10 years in prison. Many left before getting charged and others left due to lack of supplies. “Students [don’t] want to fight these battles, they just want the government to listen to their demands,” said one protester.

According to reports police were making arrest, using tear gas, and rubber bullets to stop protesters. Many people in University were afraid to come out and tried escaping using rope ladders and a nearby footbridge to getaway vehicles.  Those who tried to leave were pushed back by police and arrested. This is one of the biggest flare-ups Hong Kong has ever seen. Hospitals have treated over 100 injuries with some in worse conditions than others. Over 400 arrest have been made so far but anyone under the age of 18 was sent home.

“I do not want to go into details, but I just want to make it very clear that we will spare no effort in finding ways and means that could end the violence in Hong Kong as soon as possible,” said Lam.