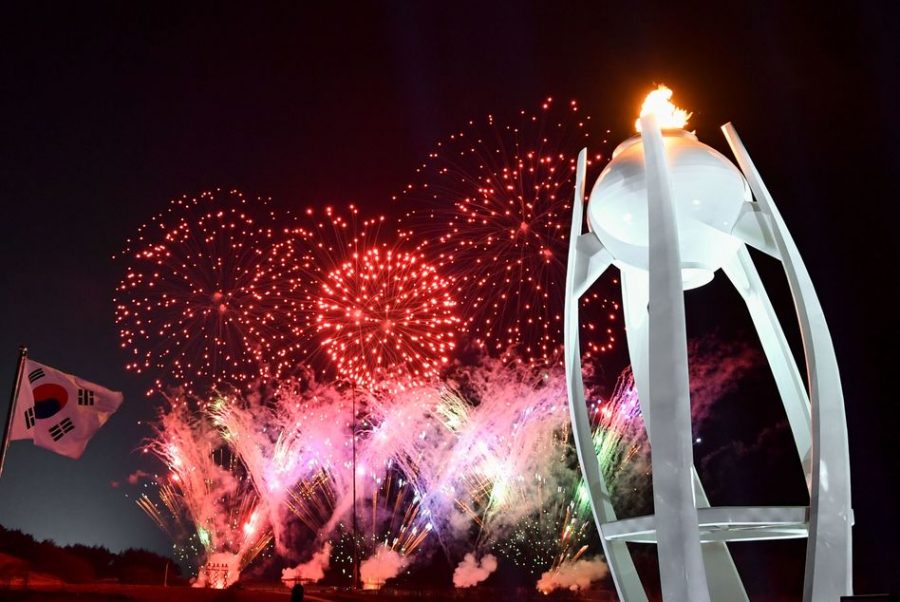 The torch and fireworks during the Closing Ceremony. The South Korean flag to the left.

The 2018 Winter Olympics came to a close Sunday, February 25th, as the Closing Ceremony concluded in PyeongChang, South Korea. In all, the United States did a wonderful job solidifying their rank of fourth in the world. The total number of medals reached 23, with nine gold, eight silver, and six bronze. The last gold was won by US Men’s Curling, and the last silver was won by Kyle Mack for Snowboarding in Men’s Big Air.

The Closing Ceremony offered the world a little taste of Korea as K-pop singer CL and EXO performed, 13-year-old Yang Tae-hwan gave a spectacular electric guitar solo and 11-year-old Oh Yeon-joon sang the Olympic anthem. It was a breathtaking show of optical illusions and elaborate choreography, and even featured a preview by the host of the 2022 Winter Olympics, Beijing, China, with the debut of a giant pair of light-up pandas. Athletes waved farewell to Korea as the symbolic torch was extinguished and fireworks lit up the night sky, creating a truly grand celebration of everyone’s accomplishments. Now, Team USA is on their way back home for a well earned break after an intense month of competition.