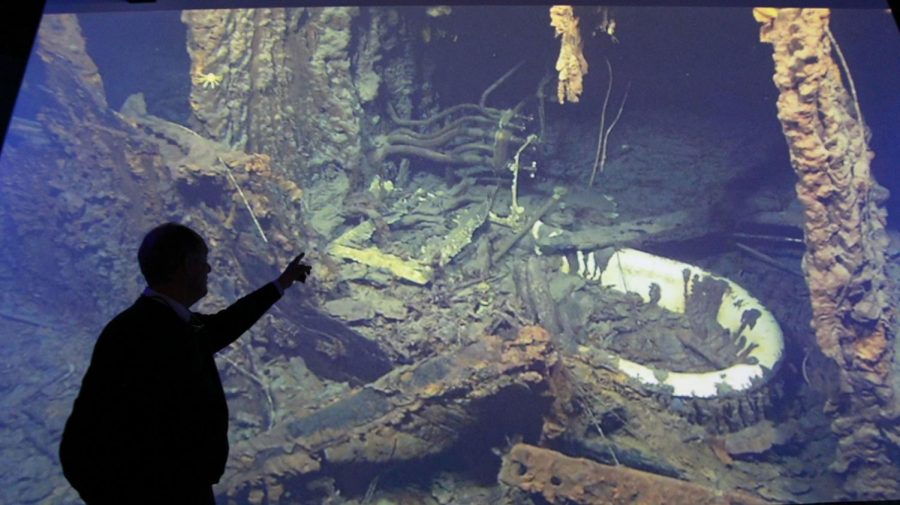 Robert Ballard, professor of oceanography at the University of Rhode Island, points to his footage of the Titanic wreckage, taken in a 2012 exhibition in Belfast, Ireland. He and his team had initially found the wreckage in 1985.

As of November 2019, the US and UK have enacted the 2003 treaty to protect the region surrounding the RMS Titanic. The UK had ratified the treaty in 2003, but the US did not ratify it until the end of last year.

British Maritime Minister, Nusrat Ghani, confirmed the ratification on his visit to Belfast in Northern Island, where the ship was built in 1912. He stated that “this momentous agreement with the United States to preserve the wreck means it will be treated with the sensitivity and respect owed to the final resting place of more than 1,500 lives. ” The agreement was initially between the US, UK, Canada, and France, however it was shelved by both Canada and France. The treaty is meant to regulate public access, artifact recovery, and salvation within 1 kilometer of the wreck site. British officials see the ratification as a step in the right direction for the responsible preservation of the wreckage.

This comes just before divers from RMS Titanic Inc. were scheduled to retrieve the Titanic’s radio. The expedition would be the first attempt to retrieve anything from the ship’s remains. The Atlanta-based company has the sole rights to properly explore the ship and fear the world’s most famous radio could be lost forever if not retrieved soon. The Titanic’s radio sent out multiple SOS (then called CQD) messages, which then brought the RMS Carpathia that saved those who had escaped the ship. The deckhouse above the “Silent Cabin” where the radio is stored, has been falling apart since 2005. Soon, the entire cabin may cave in.

The idea of removing relics from the ship has been severely countered by many, including the ship’s last survivor. Millivena Dean, only nine weeks old when the ship sank, stated in a 2000 interview, “I think the ship should be left in peace. Any bits and pieces that have come out from the ship–that is all right. But to go onto the ship– no, that’s all wrong.” She passed away in 2009.

RMS Titanic Inc. President, Bretton Huchak, has defended the proposed expedition, stating that “It’s not some Trojan horse so that we can start grabbing suitcases full of diamonds from the wreck. This is a careful surgical operation to rescue a historically significant item so that it can teach future generations about the story of Titanic.”

As of now, there is no word of how the treaty will affect the company.

The Titanic had initially sunk after striking an iceberg during its maiden voyage from Southhampton, England to the United States. The wreckage was found in 1985 and was protected by United Nations Educational, Scientific and Cultural Organization (UNESCO) regulations before the ratification of the treaty.